Skip to content
Yet another highlight of this year’s FICG27 Mexican feature competition is Un Mundo Secreto, a quiet but emotionally poignant  first feature by Gabriel Mariño.  Along with La Demora, it was one of the two films that represented Mexico at last month’s Berlinale – this one in the Generation section.  The film is a visceral coming of age tale of an isolated teenage girl who alienated at home and school, flees the city and embarks on a journey of self search.  It first garnered attention at last year’s San Sebastian film festival´s Films in Progress, the hotbed of latin america’s next best up and coming projects.  What makes the film stand out is a sensitive touch and lyrical tone, and the female lead’s vulnerability transmits the mysterious but unmistakable void and longing she feels, which in turn permeates the fabric of the film.  Privy to her secret world, that universal and primal desire for love and connection is beautifully captured and affecting.  Big congrats, and thanks to Gabriel for answering my questions below: 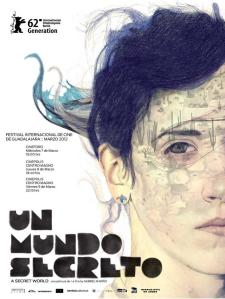 CD:  Were you always certain your lead was going to be a female protagonist?  I ask because in a way her gender informs a lot of the journey.   What was it like to write a teenaged girl character?   How did you work closely with your actress and producer in shaping the character?
GM: Well, I always knew since day one that my main character it was going to be a girl.  Why? All my fiction characters are always women, maybe that gives me more freedom to be sensible and emotional.  I think in this way I can make closer contact with my feelings.  Why not a boy?, I guess my therapist can answer that more accurate than me. I worked very closely with my actress.  I have known her since she was 11. We developed the film for about three years.  Actually I wrote the script especially for her, and with my producer Tatiana Graullera, we worked very closely as well, since day one she was there, she was, and still is, my compass.

CD:  Finding one self on a road trip tends to be a quintessential and rich story thematic.  In your opinion, what do you think it is about Mexico’s urban and rural landscape it provides?  How did it feed into that path of self-discovery for your character?
GM: Mexico is a very big and changing country, a generous and a sad land, sometimes we can spend years and years in the city without knowing Mexico, without paying a visit to your home land.  Mexico is having a brutal, social and political crisis right now.  The social tissue is not strong enough to support Mexican people and specially Mexican youth, but I strongly believe that the answer to that crisis lies inside the Mexicans, not in the government or the politics.  It lies in the people and the country itself, so it was important to portray this quest for self discovery in the frame of Mexico´s roads and landscapes.
CD:  The cinematography is supremely arresting and such a big part of expressing the insular world of the character  – what was your approach in painting the film in such a way? 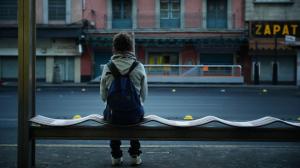 GM:  We spent a lot of time my DP Iván Hernández and me thinking in how to shoot Un Mundo Secreto, and after studying still photos of Nan Goldin and paintings of Edward Hopper we found our answer. We wanted to shoot the film in not so many shots.  For me it was to look at this story as if through a window. I told Iván that I wanted to shoot with practical light, without any lightning.  He agreed and we did not have any light equipment with us during the shooting.
CD:  So now you just made your first feature film in Mexico.  To some extent you had the backing and support of your alma mater, the film school, CCC.  How challenging did you find it to make the film?  On what level and how crucial do government funded entities like IMCINE continue to support first time filmmakers?
GM:  Well, the project was supported by Sobrevivientes films since the beginning, and we 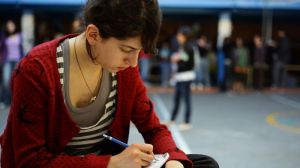 applied for IMCINE funds several times in different stages of the project but we did not have luck there, so we decided to make the movie independent, the CCC supported with some postproduction process, and other production companies (Bambú Audiovisual, Transistor Films, Al fondo del Callejón) supported with camera equipment, sound and so on.  In 2010 we won the Swiss Fund for production Visions Sud Est and then the film was a reality.  After San Sebastián Films in Progress IMCINE decided to support the project with post production.
FICG27 screenings:
Wednesday Cineforo UdeG 4pm
Thursday at Cinépolis Centro Magno 7:40pm
Friday at Cinépolis Centro Magno 10:15pm
Like it on FB here and to stay tuned to hear where it will have its US Festival premiere!