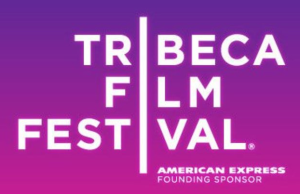 If you’ve read my last two WTF is Latino posts on Sundance and SXSW, you know I do my best to embody a manic optimist and find a silver lining when it comes to magnifying the limited representation of Latino stories and writer/directors at mainstream film festivals.  I do that by expanding and deconstructing the broad term, hoping to educate myself and the masses on what ‘qualifies’ as Latino. However, the relative dearth of Latinos and Latin America at this year’s 2013 Tribeca Film Festival program has seriously challenged me to find a positive spin on this woeful slate of brown in the world’s most celluloid famous, multi-culti metropolis.  It is especially stupefying considering the number of electrifying premiere film submissions there are to choose from at this moment.

I worked as an Industry Coordinator for the 2007 Tribeca Film Festival under Director of Programming David Kwok and Festival Director Nancy Schaefer.  Back then Latin America was not only well represented in the program but Tribeca was at the forefront of showing bourgeoning film renaissances taking place in countries such as Panama, Peru and Colombia. No doubt this sensibility and charge came from the legendary jet-setting of one such Peter Scarlet, the cognoscente Artistic Director beloved by many Latin American festivals.  At 8 years old, the Festival was fast outgrowing its post 9/11 birthmark and has since stubbornly and desperately struggled to position itself as a blank World Cinema festival.  This is a strategy I find puzzling, given it is way out of league and under the heavy shadow cast from uptown by the auteur and discovery art house Lincoln Film Society.  One would think it an ideal and very NY synergy thing to do would be to carve out your own identity in specializing in the kaleidoscopic, fertile microcosm of US immigrant odyssey found in every corner from Manhattan to the five boroughs.  Not only is there a lack of US Latino stories this year, nowhere to be found are films from Latin America.  Seriously. Click on the online film guide’s search by country scroll down menu and visibly absent are Chile, Mexico and Argentina – three of Latin America’s most renowned and heralded world cinema incubators. The closest we get is one feature from Brazil by veteran director, Bruno Baretto, and two shorts from Spain.  Its plain to see that the Festival’s new Artistic Director, Fredric Boyer (who headed bougie prestige fests, Cannes’ Directors Fortnight and then Locarno Film Festival) is seriously ‘Euro-cizing’ the Triangle Below Canal.

So, what’s my silver lining?  Well, its based on the Short Term 12 lesson I just experienced at SXSW.  I did not target the indie film as a Latino film but being familiar and a fan of Hawaiian filmmaker, Destin Daniel Cretton’s work, I went to see it and was immediately absorbed by the effortless kid-adult social psychological narrative.  A detail that resonated with me was that one of the main juvy instructors was a foster kid who was raised and adopted into a big loving home by Mexican parents. He’s as white as they come, yet he cooks a mean Mexican dish and expresses his emotions outwardly, attributes of Latino culture that informed his personhood.  Maybe that’s how subtle, relative yet impactful Latino culture is seeping into all of our lives.  Maybe my barely passing grade on the Latino at Tribeca diagnosis is premature having not seen all of the films.  Maybe where we least expect it, beyond cast and loglines, there are films buried in here with deeper social undertones of brown representation.  I’m willing to excavate.   All that big picture, rant stuff aside, I am quite excited about the six films (out of some 168) I highlight here which offer a diverse, albeit thin, slice of Latino to discover at the 2013 Tribeca Film Festival – whether it’s the narrative’s themes, up and coming actors, or real life Americans many times removed from their Latin roots and how cool that looks like.

Without further ado, here it is; WTF is Latino at Tribeca Film Festival. 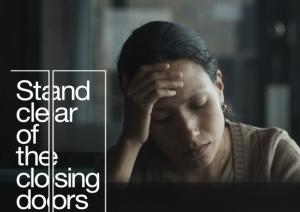 Logline: When autistic teen Ricky is scolded for skipping class, he escapes into the subway for a days-long odyssey among the subway’s disparate denizens. Meanwhile, his mother wages an escalating search effort above ground. Based on a true story and set in Far Rockaway, Queens, in the days leading up to Hurricane Sandy, these parallel stories of mother and son take the viewer on a touching journey of community and connection in and below New York City.  Cast Andrea Suarez, Jesus Valez, Azul Rodriguez, Tenoch Huerta Mejía, Marsha Stephanie Blake

Sam Fleischner’s first film, Wah Do Dem was about a broken hearted hipster who goes on a cruise and gets stuck in the dangerous wild of Jamaica – just as President Obama is being sworn into office for the first time.  The filmmaking felt so fresh, real, tense and engrossing.  Just like you were on the adventure with him.  Sam and his co-director Ben Chase won the $50,000 Target Filmmaker Award for Best Narrative at the 2009 Los Angeles Film Festival.  I’m so happy he is premiering this NY based film which features a Latino cast including Tenoch Huerta (Dias de Gracia), and half of the film is spoken in Spanish.   No, Sam is not a Latino but a native New Yorker and I love his take and thematic weaving in this story. His statement and inspiration behind the film demonstrates his sensibility and vision, surpassing and waiving any requirement or notion that says you have to be Latino to tell authentic Latino stories.  This is what Sam was able to tell me over email:

“I am not Latino but this story is inspired by true events that happened to a Mexican family. I was attracted to the parallel between people on the autism spectrum and people living as illegal immigrants in the US.  Both instances are people wading through systems that aren’t designed for them, interesting to think about the term ‘alien’. “

The Pretty One, written and directed by Jenee LaMarque 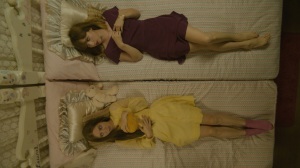 Logline:  Audrey has all of the qualities that her twin sister Laurel wishes she possessed: confidence, style, independence. When tragedy strikes, Laurel has the opportunity to reinvent herself. In a complex performance, Zoe Kazan poignantly captures Laurel’s complex mix of loss and awakening, especially as she begins a new relationship with her neighbor (Jake Johnson). Jenée LaMarque’s first feature film is a quirky, lovely tale of identity and the eternal bond between two sisters. Cast Zoe Kazan, Jake Johnson, John Carroll Lynch, Shae D’lyn, Frankie Shaw, Ron Livingston 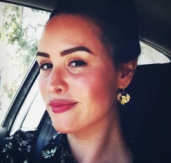 I first met Jenee with her edgy girls short film Spoonful, a ridiculous real life scenario in which friends help out their lactating friend, which played the 2012 Sundance Film Festival.  She was also kind enough to email me amid the crunch of finishing her first feature for its world premiere.  I’m so grateful she responded because she truly personifies what I’m trying to convey about Latino identity (its American and expansive and our creativity relates to it vastly different ways).   She says, “As for my Latina origin: my dad is Mexican, born and raised in Chino, California.  His mother’s family is Mexican and has been in California for a long time.  His father’s family is from Mexico City and has a French last name (presumably because of the French who came to Mexico during the 19th century but I really don’t know anything about my French-Mexican origins).  My grandfather came to California during WWII with the Bracero program.   My Mom is Danish, Norwegian and French.  I do identify as Mexican, as Latina, but I also identify as American, and as white.  I really wish that I had more of a connection to my Mexican heritage but unfortunately, my dad didn’t speak Spanish to us growing up (even though he’s fluent) and he really identifies as American.  It’s funny, because I’m mixed, I don’t feel I’m fully one thing or another, I feel like my identity is sort of slippery because of it.  I think that my mixed heritage plays a central role in my voice as a storyteller; one of the themes of The Pretty One is identity (a struggle with identity) and I also find myself drawn to this theme again in again in my other work.

The Motivation by Adam Bhala Lough

Logline: Go inside the lives and training regimes of eight of the world’s gutsiest professional skateboarders. These fearless stars face unique obstacles on the way to the Street League Championship and the coveted title of best street skateboarder in the world. Adam Bhala Lough, creator of the independent hit Bomb the System (TFF 2003), directs this fresh, energetic documentary search for that elusive quality that separates winners from the pack.

This skateboarding shred competish doc about the sheer intensity and will to defy the terror of cracked bones  features some of the youngest, most successfully branded and competitive skaters in the game like Nyjah Huston (Puerto Rican father), Paul Rodriguez known as P-Rod, and Chaz Ortiz.  I can’t wait to meet these guys and get to know them.  Adam is good like that.  His last film, The Carter, about autodidactic and auto-real voiced rapper Lil Wayne impressed me for its gloss and floss but also by its covert way of infiltrating the hyped up insular world and mind of a subculture pop king.  His flashy aesthetic and sneak transparency is bound to capture the badass jaw dropping leaps and outrageous rail tricks along with distilling the high intensity pressure and rush of winning in The Motivation.

Logline: In the waning days of World War II, a team of Russian soldiers finds itself on a mysterious mission to the lab of one Dr. Victor Frankenstein. They unearth a terrifying Nazi plan to resurrect fallen soldiers as an army of unstoppable freaks and are soon trapped in a veritable haunted house of cobbled-together monstrosities. Frankenstein’s Army is the wild steampunk Nazi found-footage zombie mad scientist film you’ve always wanted.

Veteran Hollywood screenwriter, Miguel Tejada Flores has written such horror reboots as Beyond Reanimator and family classics as The Lion King but notably this is the guy who gets story credit for Revenge of the Nerds back in ’84.  His next film is the upcoming I Brake for Gringos starring Camilla Belle directed by Mexican filmmaker Fernando Lebrija.  A frequent mentor over the years at  NALIP’s screenwriting and producing labs, it sounds like this guy is accessible and interested in nurturing the younger generation of Latino talent.  A California native, his family is from Bolivia.  Read his wordpress blog here.

V/H/S/2 – Eduardo Sanchez is one of the seven filmmakers of the second found footage horror anthology which has screened at Sundance, SXSW and now Tribeca (that might be a record)  and most famously director of Blair Witch Project.  Cuban born filmmaker.

Close Your Eyes written and directed by Sonia Malfa

Logline: Thirteen-year-old Imani Cortes is a gifted photographer longing to experience her first kiss. She has a crush on a quiet artist, Junito, with whom she has a natural connection, but she also faces an enormous challenge: she is slowly losing her sight to retinitis pigmentosa, a genetic eye disease. Will Imani let her disease stop her or be the path to independence? Cast Kimberly Lora, Julian Fernandez-Kemp, Sara Contreras, Victor Cruz, Rhina Valentina, Mia Ysabel

I’m looking forward to seeing this short set in Spanish Harlem.  I don’t know much about the filmmaker except that she raised 10k off Kickstarter for this, her directorial debut. And she looks Boricua.  Check out her website which shows a number of her photos and videos that show off her ‘eye’.

One thought on “WTF is Latino at the 2013 Tribeca Film Festival?”