I’m down here in beautiful, breezy and calientito Miami for Latino trendsetting event, Hispanicize.  It’s only day 2 of the conference so as take in panels, schmooze with fellow bloggers, meet cool peeps and do recon on “The State of Latino” I wanted to share this feature article I wrote commissioned by Latin Heat on the narrative fiction films at Hispanicize.  Let me know what you think!? 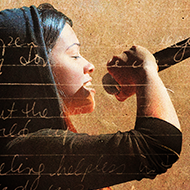 In the movie Filly Brown, the titular rapper doesn’t come into her own and become Filly Brown until she writes her own words to narrate her reality. In a pivotal and emotional scene, she confronts her mother (Jenni Rivera) behind bars with some hard, bittersweet truth and heartfelt rhymes about what has transpired between them.  The trials and tribulations that came before were necessary to transform and fuel this culminating moment.

In a way, a new crop of Latino filmmakers is going through a similar odyssey.  It seems like we are seeing them embrace their unique voices and take creative risks without deference to what homogenized commercial mainstream dictates.  The manner in which we identify with and are inspired by our mixed cultural heritage is personal and varies greatly, making for countless contemporary storytelling possibilities. Crashing up on the waves of Miami, the films in the Hispanicize film program demonstrate filmmakers boldly turning to genre and carving out their own visual aesthetic.  Whether their stories address or defy traditional Latino cultural themes and convey our bicultural experience, or if they feel unbound and free to tell classic, commercial cinema anchored in their own reflection, it couldn’t be a more exciting time to support this newfound boldness.  Strong female characters is a fixture of the films Filly Brown, Blaze You Out, Gabi and Clara Como El Agua, and in the short film category five of the eight films are directed by women.  Every festival usually has an IT actor, a performer whose films demonstrate the artistic and meaningful films they are selecting to make. In the case of Hispanicize 2013 our IT man is Jeremy Ray Valdez who stars in the features Mission Park, Blaze You Out and Dreamer.

The 2012 Sundance Film Festival served as a successful launch pad for Filly Brown, written and directed by Michael Olmos and Youssef De Lara.  What’s fresh about this classic street rapper making it and fighting for his integrity is that this hustle has typically been represented and dominated by males on film (and in real life).  In a novel take, the filmmakers conceived of a female lead character, which was then fully ignited by Gina Rodriguez’s dynamic performance.  Beloved and established actors Lou Diamond Philips, Edward James Olmos and the late Jenni Rivera round out the high profile cast.  The film was one of 70 films picked up for distribution following its Sundance premiere.  After a precarious year in which the film showed at a dozen film festivals but then the original distributor went bankrupt, Pantelion stepped in to pick it up and on April 19 it will open on 200 screens.   That number is still less than other Pantelion releases.  For comparison, the Eva Mendez starrer, Girl in Progress was on 322 screens, the Will Ferrell comedy Casa de Mi Padre on 475 screens.  It’s worth recognizing where these numbers stack up among other theater releases. Hollywood blockbusters are released on anywhere from 3000-4000 screens.  Recent indie specialty releases like Beasts of the Southern Wild, at its peak amid its Oscar nomination buzz, was on 300 screens, while Spring Breakers went from 4 screens opening weekend to 1,000 plus screens because of the record breaking per theater average.  One of the lessons here is to connect and drive the public to see the film opening weekend if we want to see the traditional distribution model budge.

Another electrifying female lead character is Lupe in Blaze You Out, played by the vulnerable yet ferocious Veronica Diaz Carranza (Mamitas, Taco Shop).  Unlike the common systemic social ills and wayward people that attempt to keep Filly Brown down, Lupe must rival an elemental and ancient evil in this magic realism tale.  A modern and not-seen-before mythological darkness and manifestation of evil is captured in this thriller in which Lupe confronts the secret underworld to save her sister. Elizabeth Peña, who is deliciously wicked, and Raoul Trujillo duel in the inherently mystical and native rooted New Mexico, set alongside some ominous mestizo iconography. Brushed with a striking and otherworldly cinematic, the film paints this modern dance with Santa Muerte. An inventive take on the drug ‘sickness’ that rampages these marginalized communities and the secrets that keep them chained, Blaze You Out is the type of film that expands the metaphor. Fierce and unapologetic, the film also stars Q’orianka Kilcher (Pocahantas in The New World), Mark Adair Rios and Melissa Cordero, all who possess magnetic talent.

On another spectrum, with poetic realism, Dreamer, written and directed by young filmmaker Jesse Salmeron, is perhaps the most urgent mirror of the times we are living in with thousands of undocumented youth’s hopes hinging on the proposed Dream Act.  Eschewing obvious political commentary Salmeron compassionately individualizes a character that embodies young American-raised upwardly mobile members of society.  The film’s stylistic aesthetic evokes the painful reality and conveys the existentially horrible feeling of being invisible and disregarded in this country.  Above all, the transcending story is ultimately about the bonds and family we create, and the place we know in our heart as home.  Blood and roots do not always make for family and home. Both the perspective and envisioning of Dreamer makes for a distinguished and salient film.

Sometimes the consequences of forging your own path threatens the formative relationships of your past like in Mission Park written and directed by San Antonio native, Bryan Ramirez.  Echoing the gritty and seminal Chicano movie Bound by Honor (better known as Blood in Blood Out), and with explosive thriller genre swagger and craft, the street crime drama is about four childhood friends who grow apart and enter a web of deception on opposite sides of the law and morals.   The brave decision to go legit is a valuable lesson of breaking out of the cycle. The plot shows there are more possibilities than the only path we have been represented in and perpetuated of how to survive and succeed coming up from the hood.

There is no better place however, to witness the unbridled creative expression, and to track emerging talent than in the short film showcase.  The short film medium is the most inventive and freeing of compact cinema. Unchained by the traditional three act narrative structure, the short film is like a shape shifter in its ability to be anything from an evocative moment, expressionistic portrait, social comedic skit or potent fable.  Among the most groundbreaking artists working today are Jillian Mayer and Lucas Leyva of the Borscht Corporation.  Their video works that have been shown at MOMA and Guggenheim museums all over the world as well as several major international art galleries and collections. Their short films have screened at the Sundance Film Festival, SXSW, and more than two dozen other festivals and have become viral video sensations. Recently named two of the “25 New Faces of Independent Film” by Filmmaker magazine they run their own film audiovisual festival in Miami.  Their short film #Postmodem is the most wild and prescient genre mash about our digital legacy- and just outrageously fun and catchy.

If it’s rare to see representative female characters onscreen, than it is even rarer to see female characters written and directed by a woman.  Zoé Salicrup Junco’s short film Gabi is about a woman who finds herself tortured by the vestiges of Puerto Rican patriarchal morality and culture.  Gabi defies the cultural norms and perception of what she should be doing as a modern Latina woman.  The story refers to a Puerto Rican saying that haunts single women in their 30’s: “If such a woman is not married by this time, she must be a slut, a lesbian, or a prude.”  It’s so refreshing, empowering and revolutionary to see reflected a strong and confident woman who trusts her individuality against such embedded oppressed tradition.

Yolanda Cruz, a filmmaker from Oaxaca with a number of documentary features which have been celebrated internationally, makes her first foray into fiction with the comedy short, Echo Bear.  Set in LA’s Echo Park it follows a single gay Latino man traipsing the wild cyberspace of dating in his tight knit neighborhood.  Sweet and tender, authentically raw and gleeful, today’s tricky variant sexual relationship is amusingly portrayed in this underrepresented slice of life.

Inspired by the tragic reality of journalists being targeted and killed in Mexico by the violent drug wars, El Cocodrilo written and directed by Steve Acevedo keeps us at our edge of our seats. Dramatizing our triumphant spirit and primal instinct is what lies at the heart-tugged soul of this gritty story.  Jacob Vargas stars as a journalist on the lam in some undisclosed diner with his young son, waiting to be rescued from the hazard of his profession. The remarkable tone and portrayal of the docu-fiction is flipped upside down and makes for a suspenseful roller coaster. A terrifyingly gravity grips, in the sense of knowing it is an inspiration of real life journalists’ plight, and the risks they take to disseminate truth.

In talking about the diversity of stories from diverse multicultural filmmakers it becomes apparent that the emerging Latino filmmaker is at a critical crossroads.  This is just the beginning.  Let’s not forget filmmaking is a collaborative art. It’s our obligation to fully realize these films by being and nurturing their audience.  These films are but a small taste of what is being developed by new filmmaker voices. Contrary to what most Hollywood studio suits with blockbuster money believe, there are is a vast spectrum of American Latino filmmakers and big movie stars. What there is missing however is the audience. In the era of digital platforms, the audience has more power than ever to validate and demand more of the work they like.  Thanks to the magnitude of social media we can directly and tangibly help artists’ success.  Together we are taking control of enriching our narratives and changing the conversation of what Latino cinema means.  Hispanicize celebrates the social media platform influence to blaze and pierce through the dizzying ‘mestizo’ cultural American popular culture, and to finally claim our voices.