Presented by Mexico City’s Secretary of Tourism and Casa de Chicago, the inaugural edition of The Mexican Film Festival of The Americas in Chicago opens Thursday, September 20th and goes until Friday, September 28.  Screenings will take place at the historic and handsomely re-fitted Art Deco Logan Theater inside a 180 seater.  The novel and ambitious festival’s mission is “dedicated to supporting and cultivating every aspect of Mexican Cinema, including emerging and cutting edge Mexican films with the emphasis on discovering new filmmakers from Mexico and abroad.”

I couldn’t think of a better film to open this kind of festival than the nostalgic documentary La Perdida by Viviana Garcia Besne, a personal and revealing odyssey through Mexican Cinema’s cherished Golden Age of Cinema.  A programming slate of highly distinct genre and caliber, the 30 something film lineup includes Mexican Ariel Film winner, Dias de Gracia by Everardo Gout and Chicana coming of age Mosquita y Mari by Aurora Guerrero. Positioning themselves as a festival of discovery the Festival will unveil the world premiere of 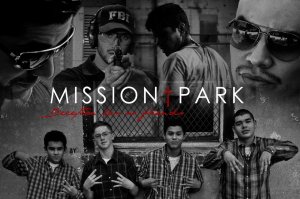 Mission Park by Bryan Ramirez and produced by Douglas Spain, an accomplished debut and cautionary tale about four childhood friends whose different paths cause them to cross and confront their loyalty.  The Festival will close with a very special headliner event honoring Academy Award actor nominee Demián Bichir, who is taking a time out from his crazy busy schedule to christen the baby festival.

Sure to be THE social event of the week, go rub elbows with big-wigs and talk politics with one of Mexico’s brightest political family dynasty members, the erudite and three time presidential candidate, Cuauhtémoc Cárdenas Solórzano at the International premiere of  El Ingeniero by Alejandro Lubezki.  An incredible behind the scenes of the  2000 Mexican presidential campaign leading up to the last (and short-lived) time the PRI got booted out of office, the intimate access exposes the grueling campaign circus and mechanics, and ultimately shows  Cárdenas as an authentic, flawed and salt-of the-earth character.    Read my review from Guadalajara here.

So how did a festival score such high profile talent, gems and world premieres???  Festival Director’s Jesse Charbonier’s reputation, experience and contacts.  Charbonier served as Operations Manager and then Programming Director of the renowned Chicago International Film Festival for years, where he strengthed the Latino programming and bestowed a special award upon Bichir who broke out with three films in 1999 including Sexo Pudor y Lagrimas which the festival will screen (love). Jesse has also served as distribution consultant and producer to several films, in addition to establishing his singing career.  It

was his desire to reach the large Mexican population of Chicago and present a more progressive, edgy cinema that triggered the start of this collaboration between sister cities, Chicago and Mexico City.   He curated the strong lineup from traveling and covering the Guadalajara Film Festival FICG27 and HBO’s NY Latino Film festival, as well as through recommendations from several colleagues.  His approach; “Every night is Opening Night.”  Each film has their own slot that will run without any competition.  Along with his distinctive taste in programming, this type of concscientious care, operation know-how, and connection to the Chicago audience, ensures the Festival has its best foot forward.

Thanks to not one but two airline sponsors (no small feat for a festival to arrange), All filmmakers who were available will be present for their screenings and Q&As and in some cases for the preceding reception.  Regular films are a reasonable $8 and the special event films are $15 which include a pre-screening reception with complimentary cocktails (tequila sponsor, EC Charro) and food!  Well worth a film, filmmaker convo and light dinner.

Que envidia chicos, as a Chicana From Chicago living in LA I wish I were in my hometown to celebrate this momentous occassion.  You have been given a gift my Chi-town peeps.  Go hang out with these talented filmmakers, see their films and report back.  Help spread the word.  Check out the schedule, you can buy tickets on Brown Paper Tickets and like the festival on Face.

Sending lots of besos and suerte to the festival.

Cuauhtémoc Cárdenas Solórzano, or The Engineer as he is reverentially called, is a stalwart modern day politician, whose distinguished family (Think Kennedys) includes his father, Lazaro Cárdenas (President of Mexico, 1934-1940), and son Lázaro Cárdenas Batel, former governor of Michoacan.  Cárdenas Solórzano is a three time presidential candidate and beloved PRD (Party of the Democratic Revolution) moral leader who in this electoral year is a big supporter of the party’s candidate, Andrés Manuel López Obrador (Obrador’s second presidential bid following the highly disputed 2006 election in which supposedly a .56% margin marked his defeat against Felipe Calderón ).

In El Ingeniero, filmmaker Alejandro Lubezki shares the unprecedented access granted him and gives us an intimate, fly on the wall doc, shot during Cárdenas infamously last, arduously fought attempt in 1999 to wrangle power from the dominant PRI (Institutional Revolutionary Party) in the 2000 election year.  It is well known that in his previous 1988 run, blatant fraud prevented Cárdenas from rightfully taking presidency.  We also know how it ended in 2000; According to most sources (with TV Azteca giving the highest, 9 point margin), only a few points separated PANista Vicente Fox Quesada and Cárdenas.  Fox emerged the winner, even though in the public perception it seemed he had all but squandered his early gains in the polls.

The idea to follow Cárdenas was instigated in part by Alejandro’s older brother Emmanuel Lubezki (Oscar nominated cinematographer of Tree of Life) who had not lived in Mexico for years.  Surprised that nobody was making a film about Cárdenas, Alejandro himself asked for a meeting, proposed the documentary directly with The Engineer, and a handshake and few days later, was authorized the incredible access and began rolling.  As heard at the Q&A of the world premiere at Ficg27, Alejandro took approximately 300 hours of footage, which then took him about that much time to edit into the story onscreen – notwithstanding the twelve years from since it was shot.

The camera literally squeezes into the political strategy and image-making sessions that shows Cárdenas’ ardent camp of intense and genuinely, frank political advisors agree and disagree on how to make a president, bearing witness to the sweaty behind the scenes process. Securing the right PR agency, approving photos (“Not that photo Ingeniero, you look like Subcomandante Marcos”), and the exhausting efforts of intervening the media’s powerful influence, forms the first part of the film. Traveling day and night to beautifully Nahuatl named towns hardly heard from, Cárdenas appears to be a man of the people. Although at first Cárdenas seems somewhat rigid if not overly stoic.  Soon however, what we learn is his characteristically quick-witted humor emerges.  When we finally get to see him mad, we agree with his wife who points it out plainly; he asserts a stronger presence.  Indeed it’s not until then we see him verbally swing back against Fox that he appears to gain upward traction.  In a memorable sequence that testifies to the most surreal only-in-politics world, we watch the three political candidates debate about when to have a debate.  Fox’s asinine ability of not yielding to rationale turns him into a four year old as he throws a public tantrum that the debate must take place that very same day – Cárdenas hitting his stride, chimes in; ”Don’t worry I trust you won’t forget what you prepared for today by Friday”.  That’s not to say Fox is ostracized entirely in the film.  We also witness his sense of humor (it’s a big Mexican thing), and hear him give credit and thank his worthy opponent more than once. After all both parties sought to defeat el PRI, so the win to a certain extent was shared.

Lubezki’s Director statement says the film’s intent was not to show nor cater to the public’s desire to see the scandal and corruption inherent in the treacherous political machine, but to show the arduous campaign process and the authentic character of Cárdenas.  And so, by eschewing the cynicism and distrust surrounding politics that we ourselves tend to perpetuate, he astutely, perhaps subversively infers a positive and encouraging tone, very timely given this election year.  As long as there are political leaders like El Ingeniero, it’s crucial to not fall defeatist and avoid the ‘My vote doesn’t count’ stance.

Now I’m not that well informed on Mexico’s political landscape so I imagine there must be content here that goes over my head, and that invested people might get more political juice out of it. I’ll leave that to the pundits and experts to glean.   What’s not lost on me however, and what points to the film’s ability to transcend its specific political reference and country, is the damn herculean strength, passion and tenacity required to run for office, the epic scale of mobilizing a presidential campaign, and most interestingly, the ongoing wage of power between today’s grassroots triumphs and losses over big money controlled political interests.

At the end of the film we see “the moment”  has arrived.  The campaign team which has exausted blood, sweat and tears, watches in agony as the omnipotent media makes its suspect exit polls and projections showing Fox celebrating his win ahead of the official confirmation.  It is nothing short of infuriating and profound disappointment. Yet as testament that leadership is in his DNA, Cárdenas eloquently turns the energy around by standing up and shaking everyone’s hands to thank them for their trust and support.  As he makes the rounds, a strong applause swells.  The clapping does not die down but only gets louder as he continues to work the room, warmly showing his gratitude and promising all of us that “La Lucha is far from over.

A definite highlight of the Mexican Documentary Competition in this year’s Guadalajara Film Festival, I hope El Ingeniero travels far and wide this year.  For more information and to read the Director’s statement click  here (yes, its in Spanish).