El Mercado Fantastico is back.  The international co-production market for genre films is putting out a wide alert to find projects made by Latino filmmakers currently in development, pre-production or post.  Finalists will go to Austin during this year’s Fantastic Fest (September 18-25) and be hooked up with potential production partners, sales agents, and distributors.  The market is co-produced with CANANA and El Rey so you know the platform will attract heavyweight investors and partners.

Seize this unique opportunity to fast track your film, and who knows, your film could be distinguished in a future Fantastic Fest program with as many uncouth visual reference icons that fit your crazy film’s themes i.e. Fishhook Violence, Puppet Sex, Pedophilia, Decapitation, Lactation….  You have until May 31’st to submit. 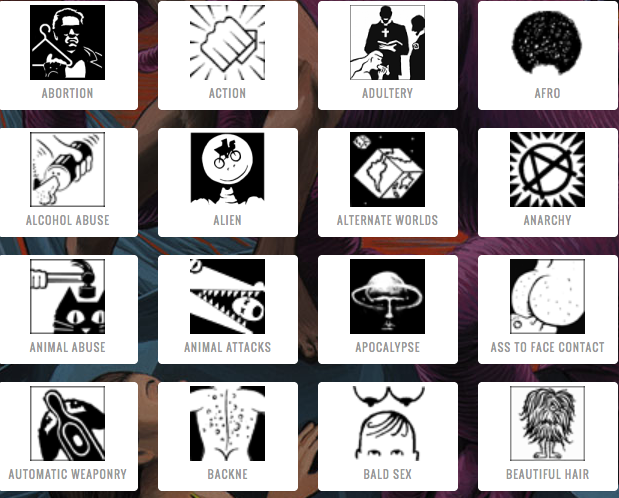 Along with accepting classic genre staples like horror, action and fantasy, projects can run the genre gamut and include animation, westerns, dark comedies, sci-fi, basically anything other than your run of the mill drama.  In its second year, the market will select 12-14 projects and new this year, will select four films in post to screen as works in progress. 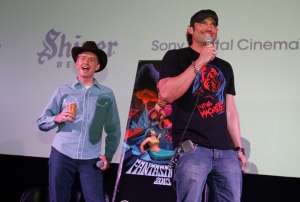 Since 2005, Fantastic Fest has nailed its epic niche of being the ultimate festival for a ravenous movie geek audience who embraces the rigorously curated fantastic program. And the international film marketplace has taken note, snapping up rights to several film titles that have screened in the Fantastic Fest program. El Mercado Fantastico feels like a natural step for them to incubate their specialty and sustain their grip on all films fantastic.

Director of Programming Rodney Perkins, along with Festival Director Kristin Bell are and heavily scouting for submissions. They received around 100 submissions last year and Rodney told me that overall, the quality was very high.   Out of the 16 participating projects, a majority were by directors and producers who have had previous films in the festival.   Rodney says they are looking to mix it up with bringing new talent to the surface, but also choosing projects by filmmakers with proven track records in making good movies and the quality of their new projects.

Rodney commented, “Some of the most interesting genre directors in the world are based out of countries like Mexico, Argentina, Spain, Brazil and Uruguay. Fantastic Fest has featured numerous films from these and other countries. A lot of these talented people don’t get recognized globally, particularly in the U.S. We want to do what we can to help them make films and expose their work to a broader international audience.”

A number of projects that were in pre-production when they participated in the inaugural market last September are already coming to fruition.  Notably Isaac Ezban’s feature debut El Incidente, produced by Andrea Quiroz (Here Comes the Devil), is completed and will screen at Ventana Sur’s Blood Window showcase at Cannes Marche du Film.  Edgar Nito’s project Tatewari is steadily advancing and recently announced a new associate producer. The team from Uruguayan project Small Town found the producing partners for their film, Dios Local from the market last year. Dios Local is almost complete and is represented for international sales by the French company Elle Driver.

So what are you waiting for?  I know there has got to be more than 100 Latino made genre projects out there.  They aren’t just looking for international Latinos but U.S. native Latinos to represent. At least one of the filmmakers/producers should be some kind of Latino. Get your application together to submit asap.  I was on the documentary jury last year which awarded Best Documentary to Jodorowsky’s Dune and Best Director to Shaul Shwarz for Narco Cultura (Now on Netflix and iTunes) so I know firsthand this festival is a vital film festival.  Plus, there’s really nowhere else you’ll find such sanctioned festival shenanigans like Helicopter Hog Hunting, Filmmaker Shotgun outings, the Schlitz chuggin Award Ceremony rite, Nerd rap, Karaoke and Debates that are settled with a good ol boxing fight.

First the Machete Kills trailer (teaser) drops. It doesn’t come out for another few months -three days before Mexican Independence day to be exact, September 13. Which reminds me, I must re-watch Machete. As I recall, way underneath the action and sex titilliation, there was some subversive commentary on US/Mexico relations. This trailer right here is the one I found en Espanol.

Then, Indiewire reports that Robert Rodriguez and los Charrolastras (Diego & Gael) are teaming up with Fantastic Fest and Tim League for a fantastico mercado. A co-production market for “Latin films”.  I’m really digging this menage a tres collaboration. They each bring cred, scope and connects to provide a viable channel and avenue for the growing number of American Latino filmmakers working in genre today. I see the raw talent out there through festival submissions all the time. Hopefully the Americans don’t get dissed next to the international (Ibero-American fare). There’s no doubt genre films, whether horror, supernatural, crime, action, comedy (read: anything but coming of ager dramas) are accessible, audience driven and more importantly COMMERCIAL which is what Canana wants as it expands its distribution tentacles.

It really does feel like RR is eager to give back and nurture the ‘underserved’ Latino community. Makes me almost forgive him for saying he wouldn’t want to limit himself by identifying as Mexican American at last year’s NALIP. That comment aside, I gotta hand it to him, he’s been a big influence in shaping our modern American cultural zeitgeist towards mainstream acceptance of Latinos.  Whereas once having the last name, Rodriguez in pop culture, it was discriminated and dismissed (see Sixto Rodriguez’s story in Searching for Sugarman) now its seen as BADASS and SO COOL to be Latino.  Even Charlie Sheen, who has seen his cool mojo factor slip in middle age, recognizes, as evident by his decision to use his birth name, Carlos Estevez in Machete Kills.