Skip to content
The 2017 Sundance Film Festival is officially underway, and its a special one for me because it marks my 10th year with the not for profit.  I started working for the institute in 2007 and ever since, every year from from August to November, I screen submissions as a Programming Associate, primarily Latin American and Latino films.  More than ever, I feel priviledged to watch such a volume and diverse array of perspectives.

As for my personal mission on this blog,  I choose to talk about Latino representation in a laser focused way:  highlighting the writers and directors who are out there telling the stories they want to tell the way they want to tell it, and emphasizing the U.S. context.  As much as I love to talk about international films, the real void in the U.S. media and therefore urgent need to support, are stories created by first, second, third, multicultural generation Americans.

Overview:  Boricuas dominating. Puerto Rico most definitely repping.  Also, we got a healthy presence in Digital and Virtual Reality which makes sense beause it (WE) are the future.   Without further ado, a rundown of WTF is Latino at the 2017 Sundance Film Festival.
In the U.S. Documentary Competition

DOLORES AKA Woman in Motion directed by Peter Bratt

Executive produced by none other than Carlos Santana and supported by the San Francisco Film Society’s Documentary Fund, this long overdue celebration of Dolores Huerta’s achievements over the course of her 60something years in civil rights is reverent, timely and galvanizing. Peter Bratt is an alumni of the festival.  He wrote and directed the San Francisco set, gay coming of age La Mission which played in the 2009 festival. Armed with a rich archive of footage, banging soundtrack and one-on-ones with Dolores herself, the film chronicles one woman’s boldness in tackling the obstacles she faced on the sociopolitical battlefield along with the personal challenges of being an absentee mother.  It encourages all women to seize claim to their often overlooked contributions to society.

Also in the U.S. Documentary Competition

New to the festival, Puerto Rican Antonio Santini’s first documentary feature co-directed with Dan Sickles, MALA MALA about the trans sex worker community in Puerto Rico, premiered at the 2014 Tribeca Film Festival.  Like the intimate access of that film, Dina also has a striking sense of intimacy, unpresumptiousness and ultimately delivers an unexpected and very honest connection to someone as authentically unique as Dina.
In the high profile out of competition Premieres section

The Sundance Film Festival showed Arteta’s very first film, Star Maps back in 1997. Ever since he’s made a career of crafting indelible characters across film and television.  He reteams with Mike White (Chuck and Buck, GoodGirl) on this deliciously wicked tale of a fateful dinner encounter between a humble holistic healer and a mega brazen successful business developer.  The two opposing forces are embodied by the superb Salma Hayek and immense John Lithgow.  Thought provoking, unpredictable and utterly engrossing, the dark comedy is produced by Killer Films. Watch an exclusive clip here.

In the bold Next section 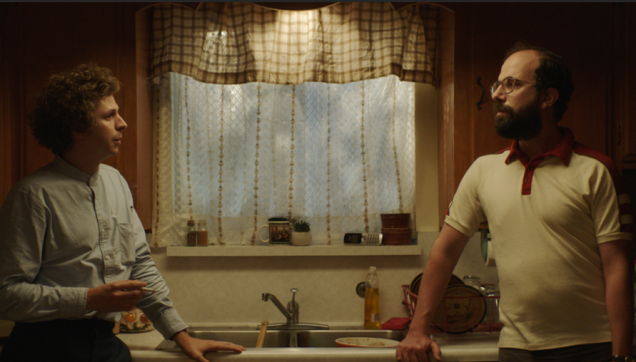 Co-written with her star and partner in crime, Brett Gelman, Janicza’s striking  feature length debut boasts an insanely big and comedically gifted cast including Michael Cera, Judy Greer, Gillian Jacobs, Martin Starr.  Along with a background in design, Bravo has a knack for capturing characters lost in flight with a tragic humor and heart. An alumni of the festival, Gregory Go Boom with Michael Cera and last year’s Woman in Deep with Alison Pill, Bravo is a busy woman.  Last May she debuted a Virtual Reality experience at Tribeca Film Festival, called A Hard World for Small Things about a day in the life of South Central, and also directed an episode of the Golden Globe winning show, Atlanta.

In the Shorts Competition 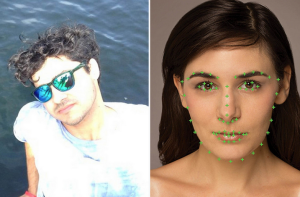 Marking their 12th project (features and shorts) at the festival in 7 years, multimedia mischievous artists, Jillian and Lucas bring a japanese inspired marionette short this year which like all of their work is eye-grabbing, provocative and is about more than meets the eye.  The Miami full time Borsht Corp is a nonprofit which supports Miami filmmakers, they recently supported 28 filmmakers with cold hard cash all of which are poised to premiere at their festival which has been listed on Moviemakers 25 Coolest Festivals in the world.  For more info on this February’s event click here.

Making her directorial debut, actor Rosa Salazar stars in this short shot around the hipster rising area in LA named Frogtown. The logline: A complex chick deals with a vanilla beau, a shitty brunch, and a dead coyote all in a Los Angeles day. Heart.  Excited to see more of her writing and directing. 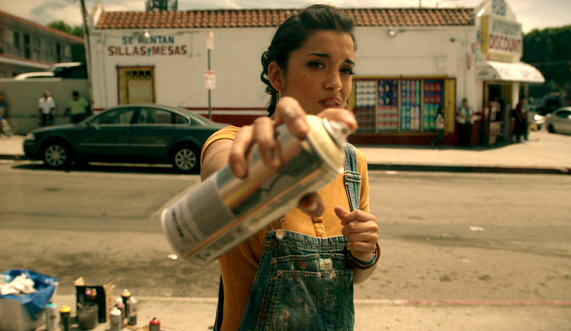 Marvin Lemus who made a short film with Project Involve called Vamonos which I loved (you can watch it on PBS online) will be premiering 3 episodes of this series that takes place in Boyle Heights.  Each episode features a resident trying to pursue their living/art. Lemus hits a chord/funny bone here as most of the tension and strife is intergenerational; old school mexican generation clashing with millenials.  The series is backed by Mr. Charles King and his company Macro.  Lemus is in good company.  Macro also produced Denzel Washington’s Fences, and at the festival Dee Ree’s WW2 period Mudbound.
In the animation spotlight 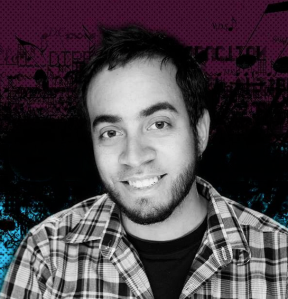 Its only three years ago that William popped up on the radar with his animated series Gran’pa Knows Best, a really funny and sweet series in which he used 3-D printed miniatures of his Puerto Rican grandfather over real voicemails that his grandfather from would leave for him. Initially an independent short, it was quickly snapped up with HBO.  Victor y Isolina introduces his grandma to the mix, who is the perfect foil to his unapologetic grandpa.  Produced by Elaine Del Valle who produced her own webseries, Reasons y I’m Single.  Check out his website for more info.

In the New Frontier (the future) section I don’t know much about this one but the description sounds super fascinating; a beauty salon of the future’. Fingers crossed I get an opportunity to experience it while I’m here.   Also I’m dying to meet one of the artist/engineers, Carmen Aguilar y Wedge who founded Hypen-Lab, an international team of women of color working at the intersection of tech, art, science and narrative.

IF NOT LOVE by Rose Troche 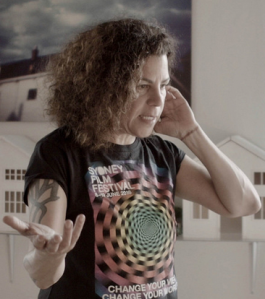 I been crushing hard on Rose Troche for as far back as I can remember.  Go Fish changed my life.  No joke.  She was a producer on Concussion, and has since come back to the festival in the New Frontier program with a series called Perspectives, which puts you in the shoes of a person caught in a situation a result which shatters any idea of black and white and makes you swim in the gray.  Per the description:  IF NOT LOVE challenges the viewer to contemplate another difficult subject—a mass shooting at a nightclub, but this time with the question posited: is another outcome possible?

OUT OF EXILE: DANIEL’S STORY by Nonny de la Peña 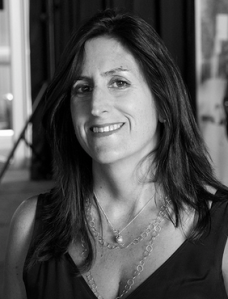 I mean, she’s been called the Godmother of Virtual Reality.  Nonny de la Peña also returns to New Frontier with this piece that recreates Daniel Ashley Pierce’s coming out video that went viral.  If you don’t know the heartbreaking and inspirational story read here This experience puts your body into the middle of the action around audio that Daniel recording during that encounter.

For deeper coverage on Latino and Latin American talent at the festival check out REMEZCLA.  For a closer look at all documentaries at the festival head over to What (not) to Doc.   Livestream the festival’s panels and watch select shorts from home. And follow my BTS on Twitter @IndieFindsLA and insta ChicanafromChicago.